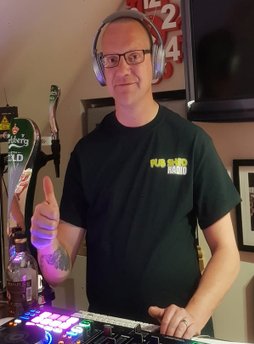 Graeme has been DJ'ing for just under 30 years and started DJ'ing at the age of 17 in Flicks nightclub in Brechin which at the time was the number 1 nightclub in the UK. He then went on to play at large gigs in Scotland including festivals and organised rave nights playing in front of up to 17,000 people. Graeme also played in Ibiza at Manumission and many other clubs in the late 90's. Following a spell in Ireland he now only plays the odd gig in pubs and friends parties or celebrations. Graeme joined Pub Shed Radio in April 2020 and has never looked back..