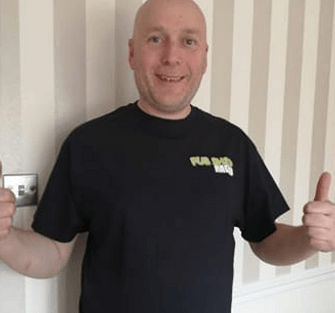 Andy was a mobile dj many years ago. He started out with a good friend playing at pubs and clubs around the local area in Nottingham. After gaining confidence and experience he eventually went solo. He was also the resident DJ at the local pub for a number of years. Due to a back problem he eventually had to give up mobile djing 4 years ago. Andy worked on radio about 9 years ago with a little station called Mint fm. “I’ve always been interested in being on the radio, recording pretend radio shows onto cassette tape when I was younger, Early 2011 I came across an internet radio station and decided to give broadcasting on the internet a go”. After giving up completly and selling all his equipment the “buzz” came back earlier this year when PSR were recruiting DJ's & Presenters.